Doing research for my book "Death At The Station" Ogden's Union Station.  I came across an article that caught my interest.  Enough to take a break from writing the book to research the topic.  The Weber County Poor Farm.  A place I didn't know ever existed.  Basically it started out a big garden and orchard to grow food for the poor.  Sam Fowler sold 80 acres to the county of Weber to establish this poor farm.

Ogden Standard Examiner, 06-03-1888
Next Monday the county court will meet in regular session. . . One probable feature of the proceedings will be the presentation of plans for buildings on the poor farm by Architect W.W. Fife.  The buildings at present on the farm are wholly unsuitable and inadequate and must be replaced.  The assesment roll will also be presented and the tax levied.  There will be an additional tax this year on account of the tax levied for the provision for the poor.


At this time Judge Shurtliff was out of town Selctman  Ammon Green took over the Judge duties.  Mr. Green was ill and could not leave his bed, therefore the meeting was held at Mr. Greens home in West Weber. 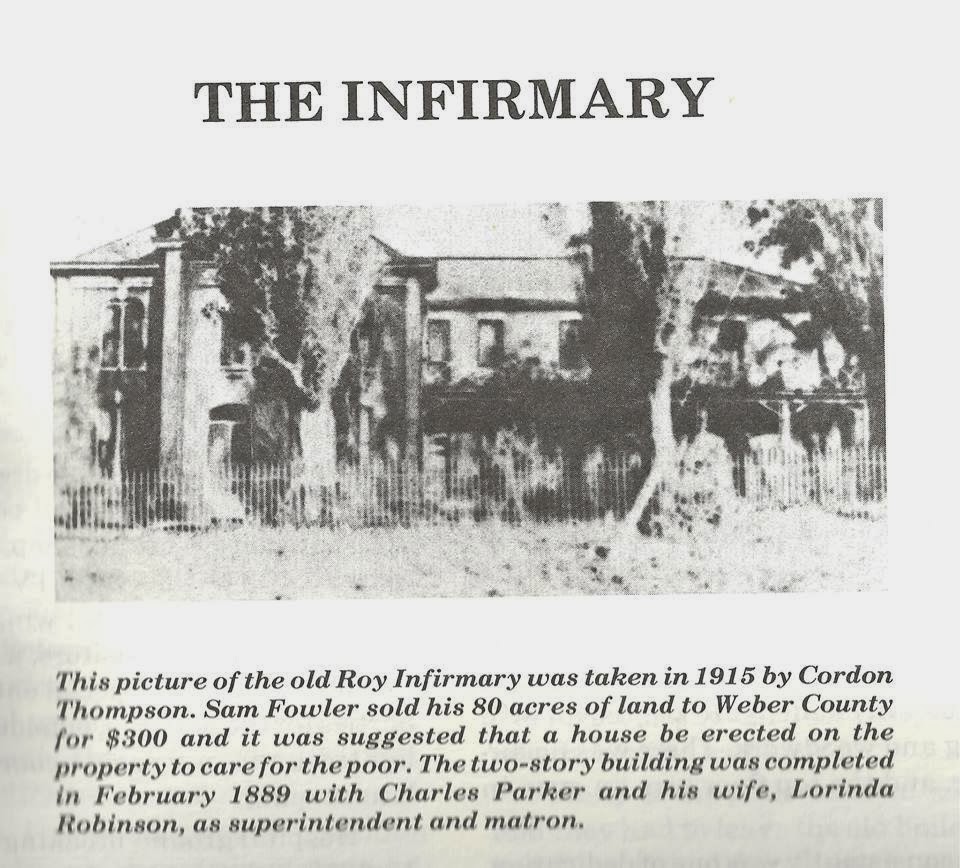 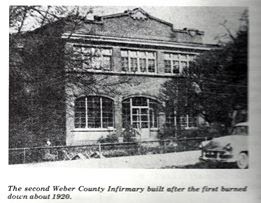 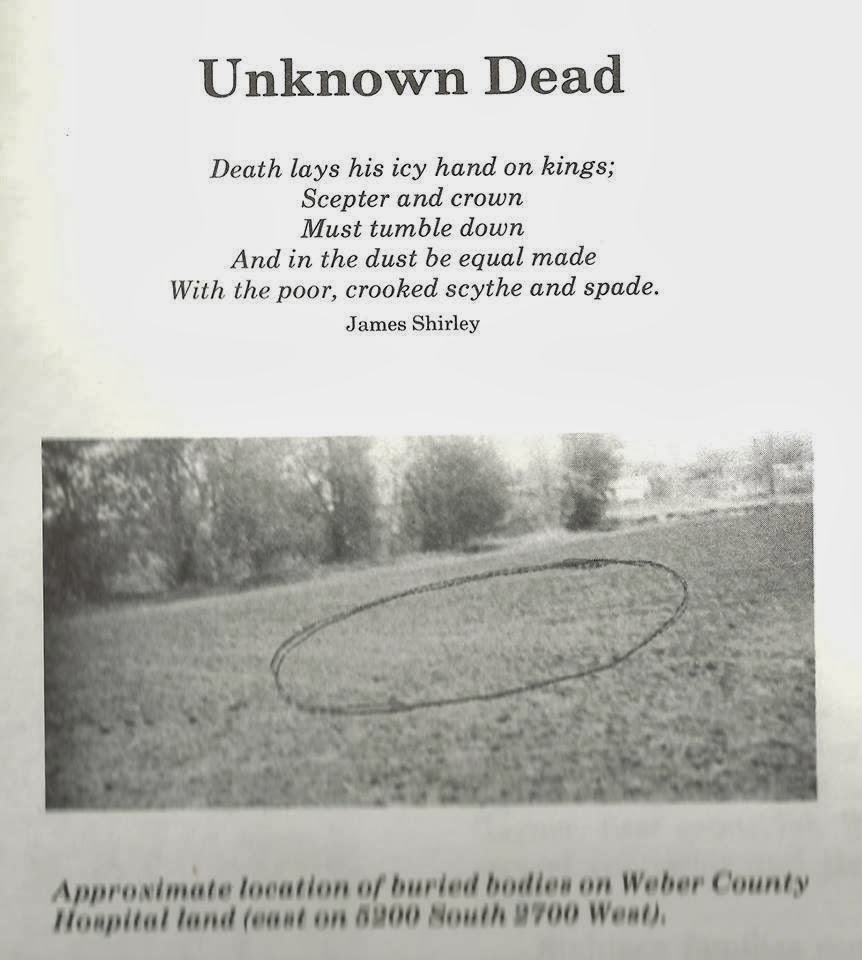 In 1889 They built a building for the poor to live in, basically a homeless shelter but this one supported itself by growing their own food, using what they needed and selling the rest. In 1897 There was a murder suicide in Ogden at the Union Station.  No relatives came to claim the gentlemen's body that committed the murder suicide.   So it was left to the county to take care of his remains.   The Ogden Standard Examiner printed an article stating that he couldn't be buried in the city cemetery.


1897-04-30 Ogden Standard
Murderer John Ross, who killed his mistress, Glenna Carter alias Mamie Evans at the depot Saturday evening and then turned the weapon with fatal effect upon himself, will be buried today at the county poor farm. A city ordinance on the duties of city sexton, page 305, Revised Ordinances of Ogden City, provides that “there shall not be interred within the limits of any cemetery in this city the body of any person known to the law as a murderer,” and as Ross had a double  claim to that opprobrious title, his remains can not be laid to rest in a cemetery within the city.  The county has the responsibility of burying the pauper dead, and as Ross had neither funds nor valuables, his body will be buried at the poor farm.
A letter from the aunt of the dead man,  Tillie Taggart of Hamilton, Ohio, was received by Justice Ternes yesterday which stated that “the relatives had no money with which to pay funeral expenses.”  This leaves the county no alternative but to dispose of the body in the manner indicated above.  ()

So Weber County Buried him at the Weber County Poor Farm, no headstone, no burial record, no service. Just dug a hole 6ft down and put him in. The news paper article does say he was embalmed but doesn't say any thing about a casket or a wood box or any thing like that.

This is a partial list of those buried at the poor farm, but it doesn't include the name of John Ross the man who murdered his lover and then killed himself.  Apparently no one is sure how many bodies were buried there, between 20 and 30 is what I found.  In 1980 a plaque was created in hopes of preserving the cemetery and remembering those who were buried there. 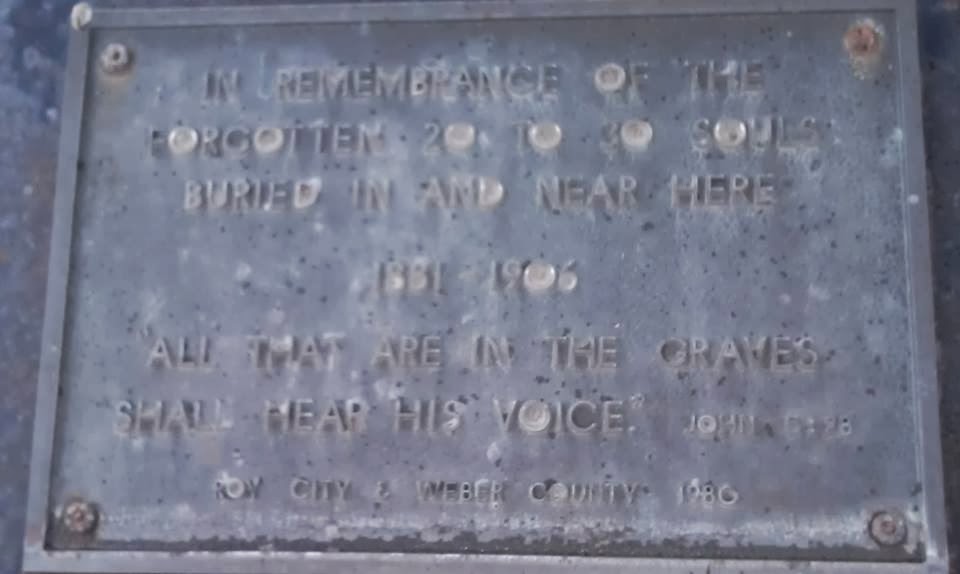 What stands there now?  The plaque is just west of the Roy City Public Works building
5460 S 2700 W Roy.

The actual cemetery is located with in a mile of the plaque.  The http://www.usgennet.org/usa/ut/county/weber/cemetery/poorfarm/
states the plaque was moved and the contractor built on the ground not moving the bodies.  But as of Feb. 1, 2014 nothing is built there, it is a big open field surrounded by trees.
These questions come to my mind: who owns the property, did they know about the bodies when the property was purchased and what is in store for these forgotten souls. Watch for more posts about this topic.
Posted by At the station at 8:45 PM